Whoops, that was quite a cliffhanger, wasn't it? Day 1 of a multi-room renovation, and then silence for a year and a half. Did they blow up the house? Thankfully, no, although we still won't be inviting them back. They were here for a little over a week, and they did an acceptable job with the plastering and painting. Certainly better than we could have done in that span of time. However, there was literally no cleanup. There were half-hearted attempts at dust containment at the start of the week, but those quickly fell by the wayside. During the time they were here, it snowed, so slush and dirt was tracked through the house, mixing with the plaster dust that was everywhere. It took Betsy and me three solid days of scrubbing floors and wiping down every surface in the house to get it cleaned up. But that was long ago, and we're over it. All that's left to remind us are the water damage spots on the hardwood floors from whatever industrial-strength steamers they were using. Bastards.

Here are some pics from the middle of that week: 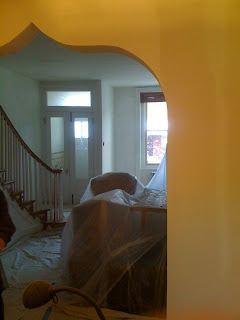 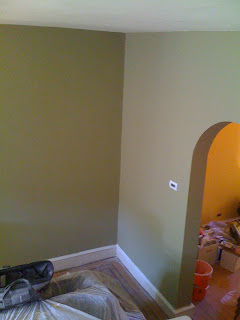 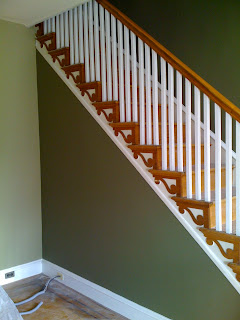 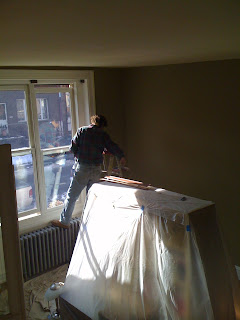